2015 has seen the GLEIS (Global Legal Entity Identifier System) move over into the crawler lane whilst a number of regulations overtake in an attempt to meet their deadlines. This is an unfortunate situation as the requirement for LEIs is seen by the regulators as a key component in the battle for transparency, and risk management. Initially, in the derivatives space but widening out into the financial market at large.

Why do I believe the GLEIS has lost momentum?

In June of this year Alacra Inc. posted statistics highlighting some of the shortfalls in the number of registrations, the lack of key entities, and the number of lapsed entities. Lapsed entities are those that have not re-activated for longer than a year and number around 70,000, which represented some 20% of the total. In the early days there was a push, largely down to the CFTC (Commodity Futures Trading Commission) mandating registration with the DTCC's utility for certain derivative activities in the US, but registrations have now reached a plateau. At the turn of the year there were 333,609 registrations, and at the end of August 389,691. This may seem like a sizeable increase but when the likely number of lapsed entities is taken into account it's not so large given the aim is to be in the millions of registrations.

The LEIROC (LEI Regulatory Oversight Committee) is currently grappling with the thorny issue of designing a business model for, and collecting data on the direct and ultimate parents of legal entities. To this end a consultation document has been produced inviting a response, via a questionnaire, from the financial community by the 19thOctober.  The LEIROC is proposing a bottom up approach with each legal entity being responsible for reporting immediate parent and ultimate parent LEIs. This approach is the one used so far for registrations, and to continue with entities working in LEI silos will leave the GLEIS remaining in the crawler lane for the foreseeable future.

Is there an alternative option?

An alternative would be a top down approach, with the ultimate parent mandated to take responsibility for all entities in the group or organisation. The ultimate parent would ensure that registrations have taken place, hierarchical information is recorded, and entities do not lapse. They would also update the GLEIS when mergers and acquisitions etc. take place. This may seem an onerous task, particularly where the ultimate parent is not engaged in financial transactions, but this is likely to be the one place where the organisation chart resides. In most jurisdictions a filing has to be made, to the equivalent of Companies House, and this should list the subsidiary companies. This will most likely be the responsibility of a company secretarial function or equivalent. This approach should provide a level of gravitas to the GLEIS in contrast to the 'free for all' currently in place and proposed to continue.

If the top down approach is combined with the 80-20 rule then the regulators should mandate the G-SIBS (Global – Systemically Important Banks) first and then move down the financial food chain. The LEIROC has stated that almost all the 30 top group entities in the list already have a LEI, which is a good starting place.

There will be costs and challenges associated with this approach but these shouldn't be any different, in scale, to the bottom up approach. Ultimately, this approach will benefit the financial market as a whole, and would steer the LEI out of the crawler lane. 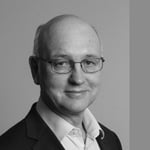 Six Signs It May Be Time for a New Investment Accounting Solution
Read more
Factor Models: Can There Be Too Many Factors in a Model?
Read more
How Passive Management Is Reshaping Stock Analysis and Active Management
Read more
Disaster Recovery...Are You Ready?
Read more