The Cost and Importance of Process Design 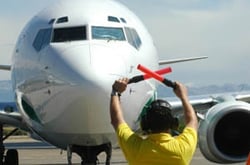 An often forgotten component of automation, efficiency, and quality is sound process design.  This was never more evident to me than during a recent vacation.

I connected to an international flight at a major airline hub and had a tight connection.  After landing late and with 20 minutes to make my next flight, I rushed across three terminals as fast as I could.  I jumped on the sky train, and 10 minutes later was at the international terminal.  As I ran to the gate, I thought to myself, at least there is a later flight.

Lucky for me the flight was still boarding when I got to the gate.  As I was standing in line my mobile app crashed, and upon reboot I had an unassigned seat on the later flight.  The monitor at the gate said I was first in line for an upgrade, so something was in flux with my reservation.  I scanned my boarding pass to the tune of bad sounding beeps and a red flashing scanner.  The result was two confused agents pounding away at their computers for three minutes, a minute of ah-ha's and furious typing, and a final realization that the airline indeed moved me to a later flight.  The good news is they placed me back on the flight (and I got the upgrade).

I had a cross country red eye on my return, which by my estimation went well seeing as I fell asleep when we took off and woke up when we landed.   We stopped just short of the gate and sat.  The pilot came over the PA system, and as best I can recall said something like:  "We've handled this baby through 2100 miles at near the speed of sound through two thunderstorms in the dead of night and the only thing standing between us and the finish line is 50 feet of yellow line and the absence of two people with red plastic flashlights to make sure we follow it precisely to the gate."

So, we were late leaving because a process assumed I would miss my connection and rebooked me before the plane even departed.  And we sat 50 feet from the gate for 25 minutes with engines running while we waited to be guided into our parking spot.  I wonder what fuel, resource, and other costs were lost due to processes that prematurely rebooked me yet couldn't organize a crew to guide our plane to the gate?

Investment managers face the same issue of costs driven by poor process design and management.   We see it across operations, data management, technology support, special projects and implementation, you name it.  The long term ROI on technology is often under-realized because business process design is not adequately performed.  In the worst instances, new technology is implemented unnecessarily because of bad process design.  I've seen indicators of process trouble range from manual corrections of systems, high degrees of reprocessing, disparity in systems, over utilized staff, and poor definition of ownership, all of which seemed to be in place on my flights.

The most successful organizations I've seen have had a cultural orientation towards understanding and continually improving process.  This is driven from the executive and senior leadership and presents itself in the form of clear role ownership, communication, and escalation in addition to a commitment to including new ideas, understanding opportunities to better leverage existing technology, and the curiosity to challenge the status quo. 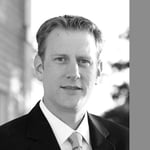 The Digital Nebula in Asset Management
Read more
Outsourcing—Three Steps You Need to Take Before Beginning a Transition
Read more
Picked-Up Pieces: Musings in the Midst of the Pandemic
Read more
Critical LIBOR Dates Are Approaching: Are You Ready?
Read more