What Can We Learn from the Apollo 11 Program Alarms?

As Neil Armstrong and Buzz Aldrin descended the final 30,000 feet to the moon in the Apollo 11 Lunar Module some 50 years ago, their mission was almost aborted. The normally unflappable Armstrong had a sense of real concern in his voice: “It’s a 1202…What is that? Give us a reading on the 1202 Program Alarm.”

The programmers who developed the computer for the Apollo 11 Lunar Module created a brilliantly clever overload process. If the computer became stretched to the point where it could no longer cope with all of the requests being thrown at it, it was programmed to automatically reboot itself—and to restart running only the highest priority tasks. If the computer again became overloaded to the point of crashing, it would repeat the same procedure. In the final 13 minutes of descent to the moon, Mission Control would give Armstrong the “Go” on five such program alarms.

Consider how a 1202 Program Alarm could work for the activities we undertake in our daily lives—work and play. The projects and programs we undertake at work start out with a nicely defined scope or charter. The plans to invite the Smiths over for the weekend, or to go on holiday with the Leckers seemed like simple ideas at the time.

The reality is that even with the best intentions in the world we allow ourselves to expand our original scope. That project to select and implement a new order management system has grown to include reworking your cash management and IBOR operations. That holiday with the Leckers is now packing in five different cities across China in seven days.

You need to invoke your own 1202 Program Alarm. Stop and review your scope before your program crashes. What are your top priority activities? What do you really want to achieve? Put those items at the top of your list. Everything else is chaff—flag it for another day (or holiday).

When you stand in front of your steering committee, or family, do you want to be saying “Houston, we have a problem?” Or, “The Eagle has landed.” 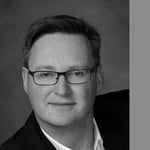 Picked-Up Pieces: Musings in the Midst of the Pandemic
Read more
A Look Ahead: What Happens When We All Go Back to “Normal”?
Read more
Critical LIBOR Dates Are Approaching: Are You Ready?
Read more
We Need to Talk: Company Culture in a Remote World
Read more